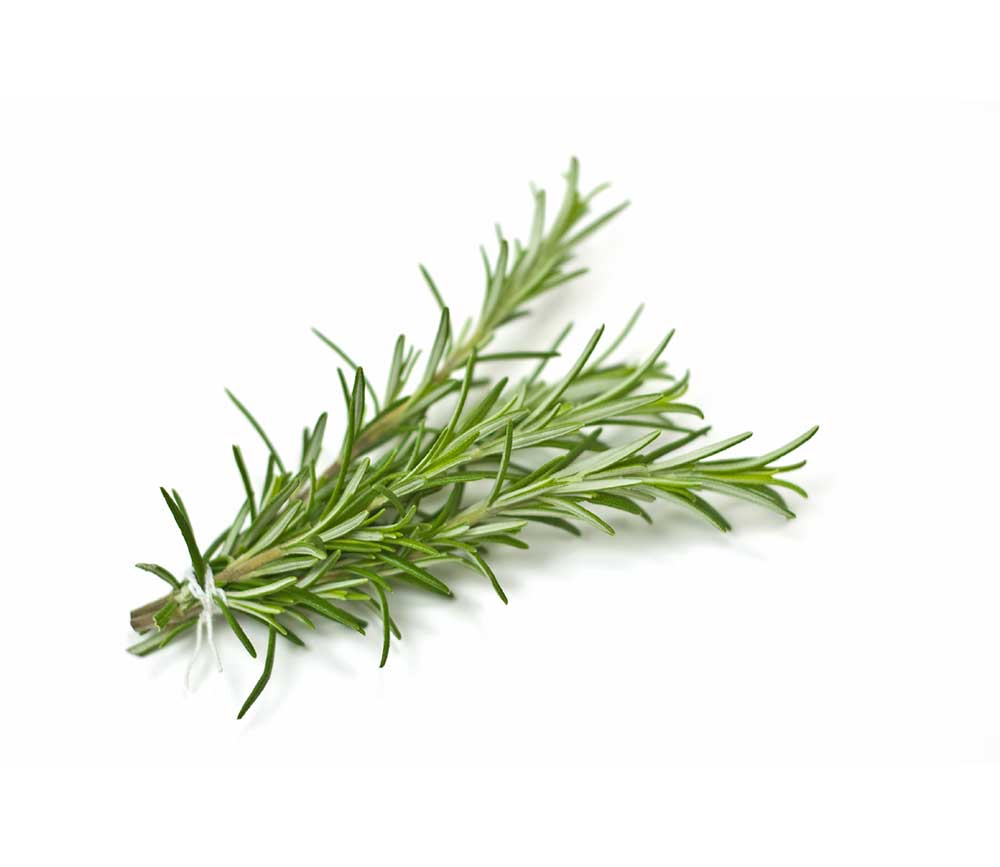 Native to the Mediterranean region and Portugal, rosemary grows freely in much of southern Europe and is cultivated throughout much of the world, especially in the Mediterranean, Portugal, the Transcaucasus, Central Asia, India, Southeast Asia, South Africa, Australia, and North and Central America. It is a strongly aromatic evergreen shrub, growing to seven feet in height producing narrow, dark green, pinelike leaves and tiny, pinkish-purple, orchid-like flowers along its stems.
Rosemary is one of a small genus that has four species of Mediterranean evergreens. The Algerian varieties are markedly different from others and are described in some herbals as being a different species.

Rosemary was reputedly first grown in England by Philippa of Hainault, wife of Edward III, in the 14th century and is one of the herbs that holds a central place in European herbal medicine.
Its reputation as a memory enhancer stems from ancient Greece where students wore garlands of rosemary in the belief it would help their memory, rather than studying all night. To this day, students in Greece, who are about to take exams, burn it in their homes.
In times past, rosemary was burned in sick chambers to purify the air. Branches were strewn in courts of law as a protection from “jail fever” (typhus).
During the Plague of 1665, it was carried in handles of walking sticks and in pouches to be sniffed when travelling through suspicious areas.
In some Mediterranean villages, linen is spread over rosemary to dry so that the sun will extract its moth-repellent aroma.
During Shakespeare’s time, the herb was used in topiary gardens. (Topiary is the art of training shrubs or trees to grow in unnatural ornamental shapes.) In some coastal areas of British Columbia, Canada, rosemary survives outside and makes good garden hedges.
Native to the shores of the Mediterranean, the aroma of rosemary was often carried out into the warm sea air.
Since the times of the ancient Egyptians and Greeks, rosemary has symbolized love and loyalty, friendship, and remembrance and has long played a part in rituals and ceremonies associated with both marriage and death.
Medieval physicians believed that nightmares and anxiety could be avoided by placing rosemary under a pillow at night.
Elizabeth, the Queen of Hungary, reportedly cured of paralysis in 1235 when she massaged her joints with rosemary that had been soaked in wine.
Rosemary has been used for centuries to preserve fish and meat, flavour food, and scent cosmetics, soaps, and shampoos.
Throughout history, herbalists and traditional healers have recommended rosemary to cure baldness, and paralysis, improve memory, treat depression and headaches, and heal bruises and skin wounds.
French medics during WWII burned a mixture of rosemary leaves and juniper berries in field hospitals to prevent infection, a practice that dated to the Middle Ages.

You can find Rosemary in these itineraries: