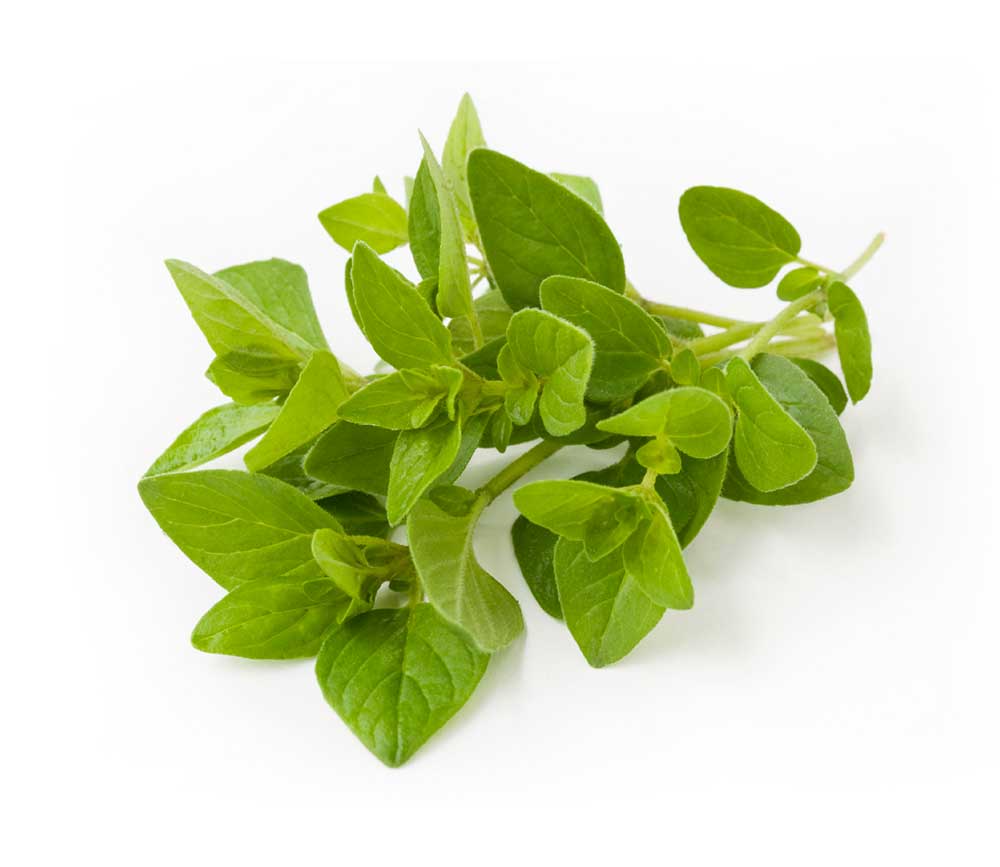 Native to Europe and naturalized in the Middle East, oregano is widely cultivated as a culinary herb. Oregano is an upright perennial herb, growing to about thirty-two inche,s but can reach heights of six feet. It has square, red stems, elliptical leaves, and clusters of deep pink flowers. It thrives in chalky soils near the sea, and is gathered when in flower during the summer. There are about forty different plants known as oregano.
Marjoram is a woody perennial herb native to countries bordering the Mediterranean, but now widely cultivated, especially in Germany. Depending on the area of cultivation, there may be two crops per year. It grows to about twenty inches, having aromatic, light green, oval leaves and pinkish white flowers emerging from the upper leaf axils. The leaves have a mild sage-like flavour.

The oregano plants are well known food seasonings, as well as having a long history as medicinal plants. In China, they have long been used to treat fever, diarrhea, and vomiting.
Oregano was much used by the ancient Greeks, and had a more significant role in medicine than did marjoram.
The 18th century herbalist, K’Eogh described it as having a “hot, dry nature” considered good for stomach pains and the heart as well as for coughs, pleurisy, and “obstructions of the lungs and womb”, and thought to be a “comfort” to the head and nerves.
In 1597, the herbalist John Gerard made an assessment of marjoram, saying that it was a remedy “against cold diseases of the braine and head” including that of toothaches. It was also thought to lower the sex drive.

You can find Oregano in these itineraries: