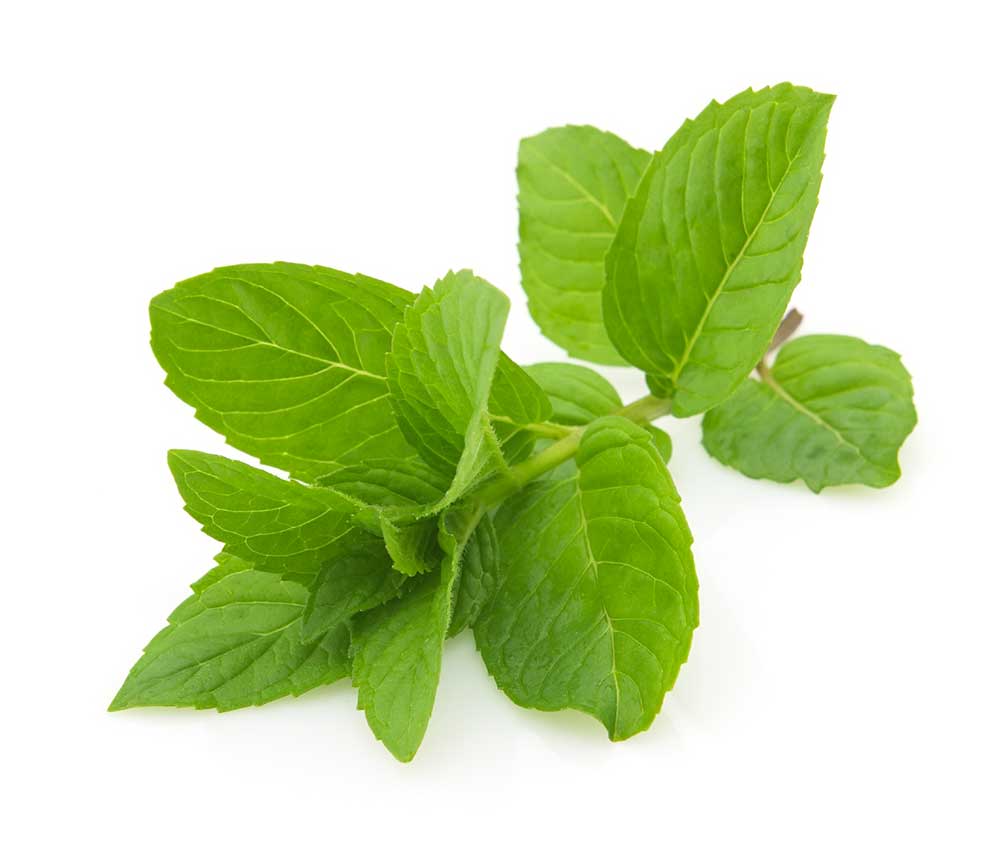 The plant is thought to be indigenous to Europe, northern Africa, and western Asia. It was introduced into America, Australia, and Madiera.
Generally, mint is a strongly aromatic square-stemmed annual that can grow to thirty-two inches and produce serrated leaves which are harvested just before flowering. Various species grow naturally worldwide and can quickly take over a garden by sending up new offshoots from their rapidly spreading roots, in addition to scattering seeds far and wide. The species readily inbreeds so they are sometimes difficult to tell apart, but all have a distinctive minty odour and a fresh taste.
In Mexico, the field mint grows wild along the banks of streams and brooks, as well as being cultivated in gardens. The leaves look like mint; but the small, round purple flowers look more like Pennyroyal, for which it is often mistaken. One type of Pennyroyal (Hedeoma oblongifolia or H. pulegioides), is a distant relation, but Mexicans use them interchangeably. The only difference is in the stem with pennyroyal branching out, while brook mint has only one stem.
Peppermint is a perennial hybrid of Mentha aquatica and M. spicata, forming M. Piperita. The essential oil is obtained from the stem of the plant through distillation.

Dried mint leaves were found in Egyptian pyramids, dating from 1000 BCE.
Mint has long been a symbol of hospitality as mentioned by the Roman poet, Ovid, who wrote of two peasants (Baucis and Philemon) who scoured their serving board with the herb before feeding guests.
It also has an ancient history as a strewing herb for temple floors, rooms, places of recreation, and where feasts and banquets were held. Not only was it strewn about to freshen the air, but also to deter mice. Even today, dried mint leaves are a viable alternative to camphor mothballs.
The Romans flavoured their wines and sauces with mint. However, when women, who drank the wine, were threatened with death, secret drinkers would mask their breath by chewing a paste made with mint and honey.
In Japan, mint was so highly prized that they wore pomanders of its leaves.
A monk writing during the 9th century, said at that time, there were so many kinds of mint that he would rather count the sparks of Vulcan’s furnace. Today, there are more than 600 varieties which continue to hybridize. It is said that the best way to select one is to use the nose rather than askin for it by name.
Peppermint was first commercially cultivated in England in the 18th century and taken to America soon after, where they are now the world leaders in production.
Mint was used in England at least as early as the 9th century CE. It was stated that it was good for the stomach as well as for killing worms, curing earaches, healing skin ulcers, dog bites, and head wounds, and increasing the milk supply in nursing mothers. However, other European sources were also convinced that it assured the conception of male children when eaten and acted as a contraceptive when placed in the vagina. (Who would have thought it could be so easy!) However, this is one time that advice should not be heeded.
Poleo is a native American mint that was used medicinally by the Aztecs in much the same way as it is used today. The Aztecs bundled the herb and kept it for use during the course of the year, just as we dry and store herbs today.
It is widely used by Native Americans as a medicinal, home deodorizer, perfume, food and beverage flavouring, and as an ingredient in hair oil. They also used mint, along with Boneset and Sage, in a mixture taken as an expectorant and cough syrup.
The Shoshone and Paiute made a tea from the dried leaves and stems to treat gas.
The Menominee treated pneumonia by drinking a tea made by combining peppermint with catnip.
Most Eastern Woodland tribes boiled mint and inhaled the steam to help relieve head colds, congested lungs, and bronchial and sinus conditions, a practice still held by many today.
The Lakota made a tea from the leaves and a stronger one from the roots to treat headaches.
The Blackfeet chewed and swallowed about a teaspoon of the dried leaves to treat heart ailments and chest pains.
Diluted oil of peppermint was sold as a trade item by trappers and traders to Indian tribes. Since these tribes were already familiar with the herb, they valued the potent oil more. This oil was extracted by distillation in England and sold in distinctive clear, green or blue, glass vials with raised lettering. These glass vials have been found in numerous archaeological sites, including those of the Ottawas, Potawatomis, Arikaras, Chippewas, Kickapoos, Omahas, and Pascagoulas. These sites date from about 1760 to 1850. At an Arikara cemetery near Leavenworth, Kansas, a vial was found buried with a five-year-old girl, likely as a final medicinal offering to take on her next journey. Today, peppermint oil is used in many preparations used to treat burns, sunburns, poison ivy, diaper rash, and athlete’s foot.

You can find Mint in these itineraries: