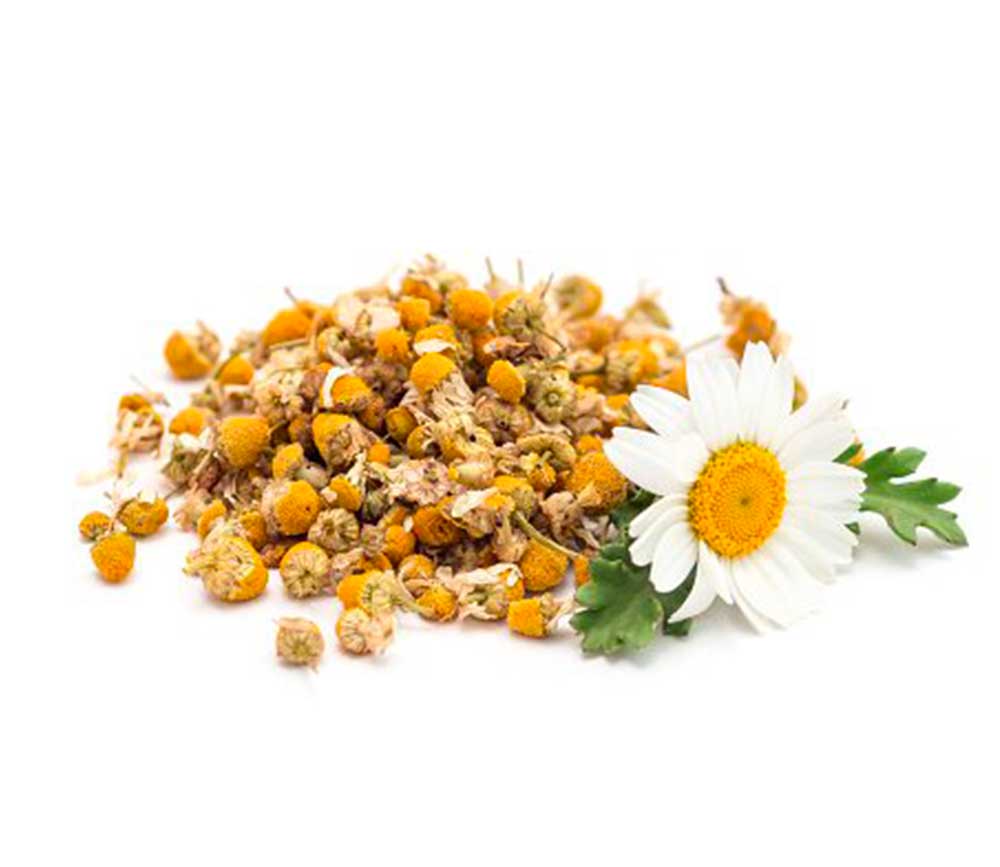 Roman Chamomile is native to western Europe and northern Africa, but now cultivated worldwide in temperate regions. It is an aromatic perennial, growing to about twenty inches in height, producing feathery leaves and white,daisy-like flower heads, with yellow centers. The flowers are harvested as they open in summer. The main exporters are Belgium, France, Great Britain, and Italy, followed by Poland, the Czech and Slovakian Republics, North America, and Argentina. German Chamomile is native to Europe and northwest Asia, where it still grows wild. It is cultivated in much of Europe and other temperate regions. The seeds are sown in spring or autumn, and the flower heads picked when in full bloom in summer. It is a sweetly aromatic annual, growing to about two feet, producing finely cut leaves and white, daisy-like flower heads. The receptacle of the compound head is hollow, which distinguishes it from other types of chamomile. The German or Hungarian variety is the most widely available for medicinal use, and is biochemically distinct from the Roman or English variety.

Although called Roman chamomile, it was not cultivated there until the 16th century and probably arrived via Britain and used as a medicinal plant ever since. German chamomile has been taken for digestive problems since at least the 1st century CE, and is gentle, and suitable, enough for children. The Egyptians dedicated the herb to the sun and worshiped it above all other herbs for its healing properties. Hieroglyphic records also show that chamomile was used cosmetically for at least 2,000 years. Egyptian noblewomen used preparations of crushed petals on their skin. Greek physicians prescribed it for fevers and female disorders. Chamomile is one of the “Nine Sacred Herbs” of the “Lacnunga”, an ancient Anglo-Saxon manuscript. In a popular gardening book of 1638, it was valued for its sweet apple-scented leaves. Frances A. Bardswell’s Herb Garden (1911) states that chamomile has a remarkable effect on other plants and calls it the “plant’s physician”. “Nothing will keep a garden so healthy”, she says, “as plenty of Camomile…It will even revive drooping and sickly plants if placed near them.” The botanical name of Matricaria is derived from the Latin word for womb because of its affinity for women’s conditions. It eases menstrual cramps and pain in childbirth. Doctors in England and the colony of Virginia included it in their medical bags. In modern-day Eastern Europe, particularly Romania, children were sometimes asked to bring the herb to school during government run collection campaigns.

You can find Chamomile in these itineraries: